Plant Pick: Beautiful Tall Phlox and How to Grow It 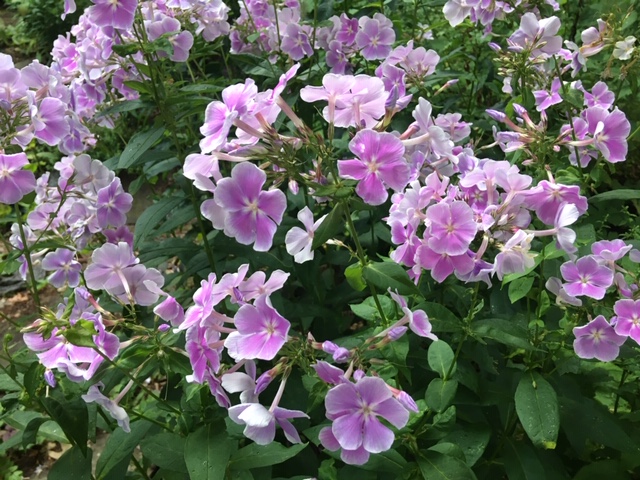 Start with the soil, as always. Phlox paniculata prefers a mineral rich, limy soil, with lots of organic matter. Moisture is preferred over droughty summers, and we certainly had a moist spring this year. Then be sure to site the phlox plants in full sun. 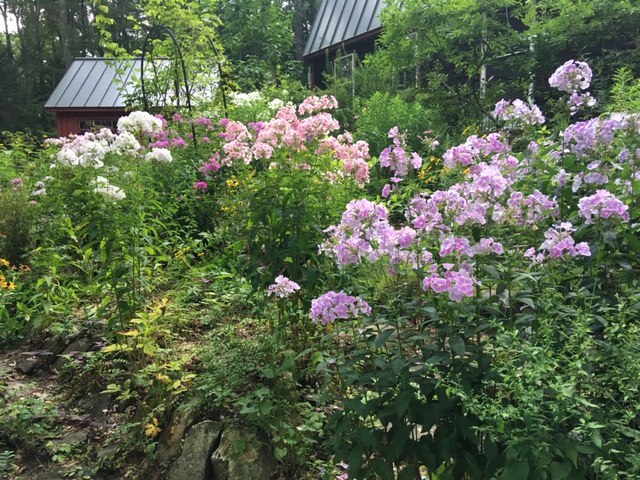 My soil test showed low Potassium, as we find in many of your gardens.  This essential nutrient promotes good bloom and strong stems. I’ve been topdressing all the phlox with Greensand (has 32 trace minerals) and compost every fall. I follow up by mulching with a layer of shredded leaves as a natural winter cover that lasts through the next growing season since I have lots of oak and maple leaves handy. The combination of Greensand, compost, and pre-shredded leaves is irresistible to soil microbes, which now have plenty of food. Compost tea applications have also been part of the recipe for success.

When I have time in the spring, I have thinned the phlox to 5-6 stems to promote better air circulation and reduce the potential for dreaded mildew (the white stuff often coating phlox leaves). This year I didn’t have time for thinning! However, it didn’t seem to make a difference in this moist year. I think it would make a difference in a droughty season – but I lucked out!

I have literally done nothing else except admire the colors and variety.  Blooms started in July and are still going strong on sturdy stems full of green leaves. Staking has been minimal and was needed only this past weekend after nearly an inch of rain. I will deadhead to prolong bloom into September and discourage unwanted seedlings. The deer took a quick nip in early July, but Roy’s effective repellent spray ended what could have been a total wipeout.

I’m growing old fashioned cultivars such as ‘Franz Schubert,’ ‘Old Cellarhole’ and ‘Flamingo’ that came from Perennial Pleasures Nursery in Vermont. Head up to East Hardwick next July for their Phlox Festival, featuring nearly 50 varieties! You may prefer to try the new disease-resistant cultivars such as ‘David’ (tall white), ‘Katherine’ (lavender), and ‘Jeana’ (lavender pink). Fall is a great time to get some Phlox paniculata established for next year!