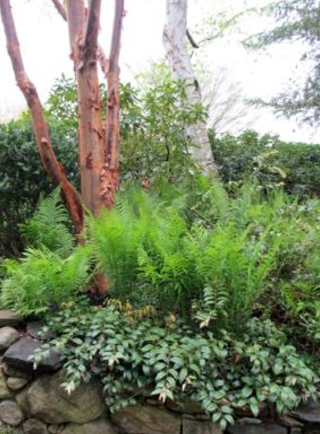 While sorting through my files recently, I found an article about this lovely understory tree which has four seasons of interest. Native to the mountains of central China, it is becoming increasingly rare in its native habitat. It seems the tree sets very few fertile seeds and does not root from cuttings. Populations have been lost from each other as forest land has been lost to agriculture and development. A familiar story indeed!

Fortunately, a team of scientists began a conservation project in China in 2013. From samples collected in the wild, they are testing 125 trees for their DNA. This will create a gene pool for future conservation efforts. The goal is to have enough diversity to ensure the survival of the species even if it becomes extinct (or nearly so) in the wilds of China.

Ernest Wilson, the great plant collector working for the Arnold Arboretum just over 100 years ago, introduced the Paperbark maple to the West. He grew out 100 seedlings which were shared with other institutions. The distinctive cinnamon-colored peeling bark was admired greatly when the seedlings grew into mature trees. Walk along the Chinese Path at the Arnold Arboretum to see this plant at its best this winter.

I enjoy the development of the small leaves in spring and watch for the moment in fall when the paperbark maple turns deep orange-red.  As winter settles in, feast your eyes on the glossy exfoliating bark.  Surely something different from the neighbors’ trees! 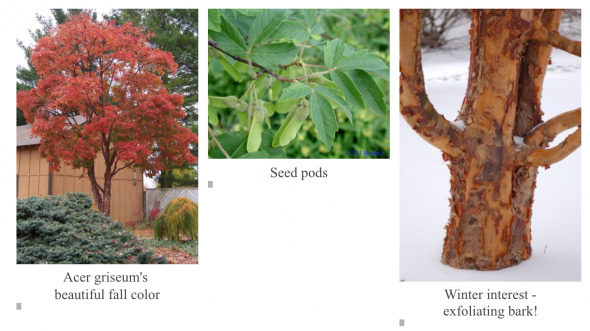